Social networking has brought a rapid transformation in the ways we perceived things till late. Besides connecting friends and families separated by distance, social networking has sprung up unsung revolutions across the world. A live example of this can be quoted in form of pro democracy surge that swept across the Middle East.

Social networking has connected friends and families separated by distance. No matter wherever you may be located, social networking ensures that one is in touch with family through exchange of pictures and messages. This has led to strengthening of family ties that somehow were getting eroded due to lack of time and people being busy. A happy family makes a better society and social networking has contributed its bit effectively in giving new lease of life to eroding relations.

This new medium of advertising has led to changing spending pattern emerging amongst the masses. The advertisement posted on the social networking sites help generates business for the owners and help the customer get quality service at their doorstep. Such innovative trend in marketing was unheard of till recent and has brought a rapid transformation in the society.

The recent incidents in Middle East leading to overthrowing of dynastic rule is a testimony to the fact that social networking when used creatively can lead to rapid transformation, even changing people’s life for ever. The revolution that spread across Tunisia, Egypt and Syria are some of the recent examples of the power of social networking. The dynastic rulers fearing threat to their autocratic regime imposed severe restrictions on public movement.

Social networking emerged as an igniting tool in these hard times leading to mobilization of pro democracy supporters, eventually leading to end of these dynastic empires.

A Tool for Anti Corruption Crusaders

Corruption has emerged as a major problem in the developing world countries. All the parties seem to be the same paying scanty attention to the corruption issue. It is in these circumstances that social networking has come up as a viable tool for those who wish to fight the corrupt system.

Likeminded people connect through this medium and share their thoughts. It is this rigid campaign being carried out in social networking circuit that has led the governments act tough on corrupt people.

Social issues as dowry, child marriage and increasing incidents of crime are a concern for everyone. Social networking acts as a platform for people to share their views on social issues and come up with valuable suggestions that help policy makers to come to a decisive conclusion on these issues.

What started as a medium between friends for sharing messages has transformed itself into a social platform giving innovative minds an opportunity to share their vision and ideas on developmental issues. Such is the power of social networking.

Author Bio: Guest contributor Aubree Parsons is a journalist. More of Parsons work can be found at The Hurrycane Reviews . 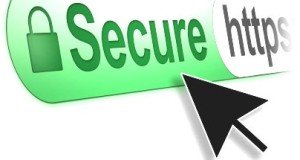 What is SSL and Do I Need it For My Website? 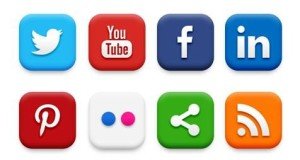 Top Social Media Plugins to Have for Your WordPress