Trending
Home / Mobile / Best Phones for the Techie in Your Life

Best Phones for the Techie in Your Life

If there’s one thing that all techies are in love with right now, it’s the smartphone. The devices are evolving with the same rapidity that computers once did, and their potential applications are expanding every day. Knowing all of this, a phone is naturally a great gift for the techie in your life. Knowing which ones are the best options is a little more complicated, though.

For any techie, a smartphone they’ll love is going to have all of the latest specs. Things like a large HD screen, a dual-core processor and front-facing camera are all going to be enjoyed by a tech lover. You’ll want to pay specific attention to phones such as the Droid RAZR and HTC Rezound, as both pack impressive specs into beautiful packages. The iPhone 4S is also a great bet. While its screen isn’t HD and is rather small at 3.5 inches, the techie you’re buying it for will forgive you as long as they like Apple products.

One phone that the techie in your life is almost certain to love, though, is the Galaxy Nexus. The phone is a joint venture between Samsung and Google. Not only does it have cutting edge specs, but it’s also the first phone to feature Android 4.0, which is something tech people drool over. It also has something called an unlocked bootloader, meaning your techie will be able to do all sorts of fun geeky things with it.

Whether you’re considering a contract phone or prepaid phone, it’s critical to put the research into picking the right phone. Nothing is worse than getting a sub-par gift, especially when it’s something as personal and frequently used as a phone. Do the research, though, and the person you get the phone for will love you for it. 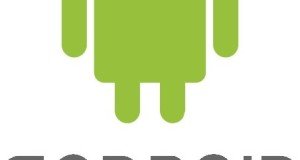