The most awaited and requested feature has finally made its way in the upcoming Microsoft update for the console. Microsoft has announced the Voice Messaging feature to be rolled out in the April update for Xbox One. The feature is currently available only for the preview members and will roll out gradually to the public.

The Voice Message feature was introduced in 2009 in Microsoft’s console Xbox 360. However, they didn’t add the same feature when Xbox One launched in 2013. The voice message is a handy feature that allows you to easily send messages to other Xbox users without taking the pain to type the message using Xbox’s controller or the SmartGlass app.

This feature will allow Xbox One and Xbox 360 users to exchange voice messages regardless of their Xbox console or platform.

Apart from the voice feature, some additional new features will also be part of the April updates. You will see a new What’s On section on your dashboard that will feature your games, videos, and other content. Another interesting feature added is “Party chat,” a dedicated server that will keep your group available, even if there are any network issues with any of the people in the group connected.

Gadgets Microsoft Xbox Xbox One 2015-03-28
+Roshan Karkera
Previous: How to Delete Friend Request on Facebook
Next: How to go about in deciding which printer is best for you 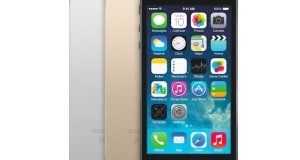 Nexus 7 vs iPad mini :What makes the difference?